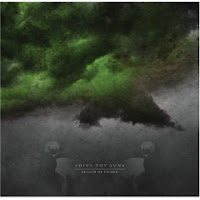 This sophomore release kicks off with a bang. The first two tracks, “When Did This Storm Begin” and “Money For That” are alt-rock radio hits in the making. The sensational alt-pop song, “I Owe You A Love Song” is full of sugary Brit swagger. “Ghost Town” has the spunky rocker feeling of a No Doubt song reserved for the stadium faithful.

“Season Of Poison” stands up as smart alt-pop rock that should supplant much of what passes for modern pop radio. It deserves the buzz.

Toy gun is very popular toy for children. Most of them like this very much. They always like to play with it. I have a wab site. Anybody can find deferent kind of toy gun here. Everybody welcome to my Toy guns site.